Vokiečių (German) Street might be a rather short street, but it has been the subject of discussions in Vilnius for a very long time. It is usually viewed as the victim of brutal Soviet intrusions in the Old Town, the boundary between the large and small Jewish ghettos, and an important part of the city centre, which somehow should be reconstructed.
We know when the street was built, when it burned down, when it was demolished, and when it was rebuilt. Old photographs of Vokiečių Street are full of people. However, we know very little about them. Who are they? What did they do? How did they live? Where did they come from? How did they end up on this street, and what were they doing there?

With this project, we kave explored the day-to-day lives of people on Vokiečių Street: reconstructed the routes they took, the rhythms of their lives, the conflicts, the entertainment and the shops. 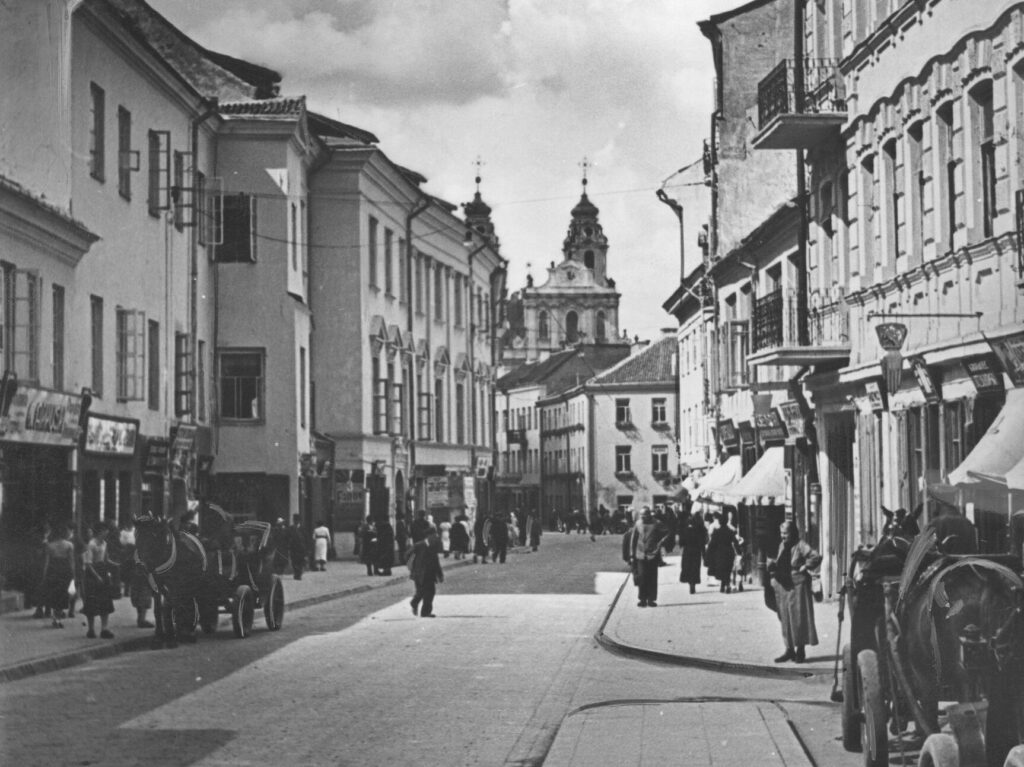